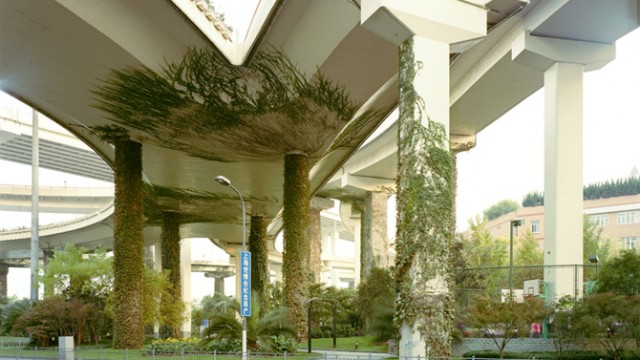 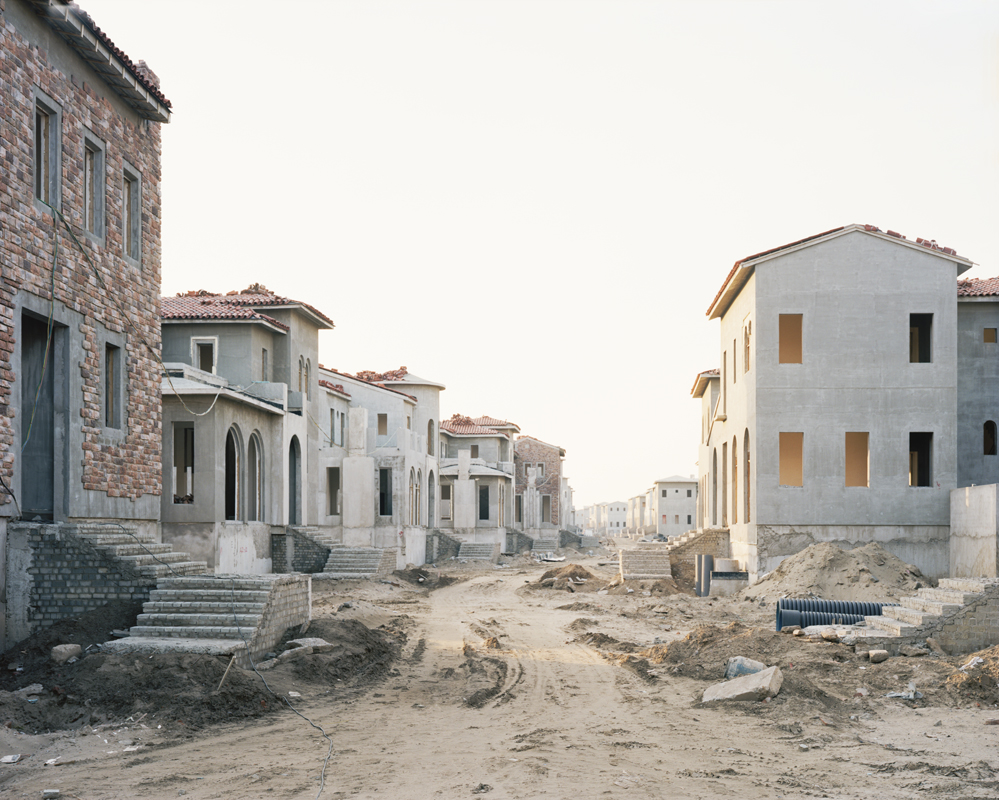 In his work the young Dutch photographer, Rubén Dario Kleimeer (b. 1978) shows a deep interest in the development of urbanization processes, the way a city changes and the way in which these changes affect the environment. Kleimeer has been especially interested in the city of Shanghai with its rapid development and expansion which has been ongoing for many years. For this series he chose Chongming Island, a once deserted island of enormous size at the mouth of the Yangtze River (with a total area nearly twelve times that of Manhattan Island), now a popular target for developers.

To connect Chongming Island to the mainland and to Shanghai large bridges were built which allowed for direct motorway traffic to and from the island, previously only possible by ferry or boat. These bridges spread out along the coast line and the inland terrains were built to supply motorways for the future housing of Chongming. Kleimeer was present as the first infrastructure plans were rolled out and has followed their progress as Chongming Island rapidly becomes more urbanized.

An ideal place on which to build a city it would seem, given the existing structures on Chongming Island in the form of brick houses that were built by French, English and Americans to house their compatriots and brought with them new building techniques to China. These brick buildings today form a part of China’s patrimony, architecture to keep, not to tear down for modern buildings. However it was not to be, as these old brick buildings have been demolished to make way for modern skyscrapers, leaving those few brick buildings that remain as aliens in an updated environment.  Kleimeers keen eye found these places. They are on show as well as the ‘new’ environment of Chongming Island. Città Ideale from the past till the present.