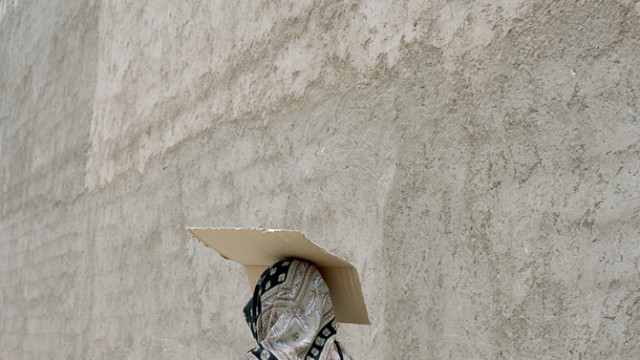 Leiden – From 25 April, Galerie LUMC in Leiden will be staging the exhibition Global Inspirations featuring photographs, videos, drawings and an installation. The exhibition will be held in conjunction with the major contemporary art event Global Imaginations at De Meelfabriek in Leiden, organised by Museum De Lakenhal to mark the 440th anniversary of Leiden University. Professor Pancras Hogendoorn, Dean and Member of the Executive Board of Leiden University Medical Centre, will formally open Global Inspirations in Galerie LUMC at 16:30 on Thursday 25 June.

This summer, to mark the 440th anniversary of Leiden University, the city of Leiden will embrace the theme of globalisation and explore its influence on art and science. The nine contemporary artists whose work can be seen in Galerie LUMC use a wide range of media and gain their inspiration from the world around us, in which national borders appear to be dissolving.

In the photographs and video she is showing at the exhibition, Melanie Bonajo (b. 1978) explores the concept of progress and how ongoing technological developments are increasingly alienating people from themselves. In the video Manifest Destiny by Persijn Broersen (b. 1974) and Margit Lukàcs (b. 1973), an imaginary scientist (based on interviews with real scientists) talks about studying the possibility of life on other planets. This beautifully crafted visual narrative includes footage of the moon and Mars and was partly shot in the arid Atacama desert in Chile. Using language, drawings and photography, Fahrettin Örenli (b. 1969) looks at how social, political and economic problems have always influenced people’s lives. At first glance, Remy Jungerman’s (b. 1959) reworked panels suggest associations with the modernism of artists such as Piet Mondriaan and Kazimir Malevich. Yet his art is also rooted in the rituals of the traditional Winti religion and the dessins of the Marron people of Suriname, where he grew up. Jungerman thus combines all his cultural influences – nature as well as nurture – to create a new imaginative world. Following a period of experimentation, Natascha Libbert (b. 1973) chose photography as the medium with which to record people and urban situations across the world in a series of raw and ‘unprocessed’ cut-outs of what she sees as an already over-manipulated reality. Frédérique van Rijn (b. 1982) exhibits a series of photographs of abandoned houses in Spain once lived in by refugees fleeing the Franco regime. The natural use of light and relatively small dimensions of these images are reminiscent of early seventeenth century Dutch genre paintings by Rembrandt or Gerard Dou. Charlotte Schleiffert (b. 1967) paints and draws in an expressive style, preferring to produce works that are life-sized. The clash of cultures, power, dominance and repression are the themes on which her work concentrates. For his series Domestic Landscapes, Bert Teunissen (b. 1959) photographed the living spaces of people in 26 countries. The light and atmosphere in each reminded him of the house in which he was born in the Netherlands’ Achterhoek region prior to its development in 1967. Malte Wandel (b. 1982) has used photographs and videos to create ‘Madgermanes’, a project in which he recounts the experiences of young Mozambicans who were sent to the former DDR as contract workers in the 1980s. The interviews and photos capturing their memories of this time show that they saw East Germany as something of an earthly paradise. 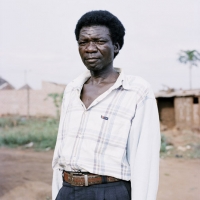