I saved an admiral’s life 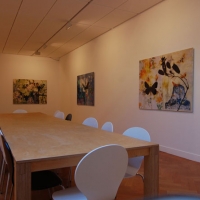 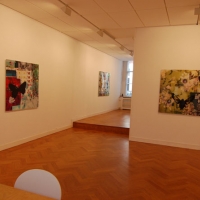 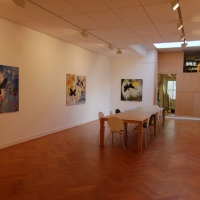 Butterflies have a connotation of beauty and transience everybody is familiar with. The cycle of the butterfly from cocoon to a flying object appeals much to the imagination. Who doesn’t want to fly or meander through the fields and bushes decorated in beautiful flowers like a butterfly can do? Who doesn’t want to set its soul free, because the old Greek word for butterfly is ‘psyche’ as well, into thin air, visible only as a fragile creature living for a few more days.

The new series of work by German artist Thomas Zika plays with these associations we have with butterflies. His father, like many others fascinated by this insect, started collecting butterflies in the late fifities taking young Thomas with him many times to catch a butterfly and prepare it carefully for eternity. Resulting in boxes and boxes filled with the little butterflies, their wings decorated with various patterns and colours, each creature showing its unique identity. Zika’s fascination for this creature started thus early, and now he has enabled himself to go beyond the subject of these boxed butterflies.

The boxes collected by his father no longer form the subject of Zika’s work, but the total context of the life and death of a butterfly comes to life in this new series of photographs Zika has taken in 2010. He creates a colourful environment of flowers or decorative background and places the image of a bigger than life-size butterfly as a negative form into the image. Photographed all in one shot. Thus light and transparency enter the image in a natural way giving the image depth, a dimension in which the butterfly makes his last round before dissolving into the air. As big shadows they are floating in a space reflecting their colors and fragile being. A better tribute to this small species is seldom found.