In “Einheit, Arbeit, Wachsamkeit” (Unity, Labour, Vigilance) Malte Wandel tells the story of the so-called »Madgermanes« – around 16.000 young Mozambicans who had been employed as contract workers in the former German Democratic Republic in the 1980s. During their stay in Germany up to 80% of the wages they earned were withheld and transferred to Mozambique. After the Fall of the Berlin Wall the majority of the contract workers had no choice. Most of them lost their jobs and found themselves in Germany illegally, their savings frozen in Mozambique. Most of them had to return to their home country and only a few decided to stay in reunified Germany.

25 years later the Mozambican government still owes the Madgermanes an estimated 100 million dollars of salary and social insurance transfers from Germany. Each Wednesday the Madgermanes gather at a central square in Mozambican capital Maputo and organaize demonstrations throughout the country. Also in Germany protest is rising in the last few years.

This sad story has come to life in the photographs and film of Malte Wandel (b. 1982, Munich) who made also a book on this theme. The photographs of Einheit Arbeit Wachsamkeit were exposed already many times.

Now Malte Wandel represents a new series and gives a deep insight into the lives of Madgermanes who stayed in Germany and their children from German-Mozambican families – the next generation of this forgotten socialist friendship.

In 2015/16 Wandel travelled through Eastern Germany several times following personal stories he researched and looking for the footprints of the former contract workers. The new body of work includes documentary photographs, family portraits in private surroundings, personal and official documents as well as found footage. It is a quest for identity between two cultures and in times of emerging nationalism also a story about racism, because still today black people are being thrown back in status. Also the racism of the street still haunts and follows the Madgermanes and their children. Nevertheless life in Germany is still much better compared to poor Moçambique, which is suffering again of upcoming fights between old members of the guerilla movements from the past.

The exhibition of this second generation Madgermanes opens on Saturday January 21 at 4 pm. The exhibition period is: 21 January till March 11, 2017. 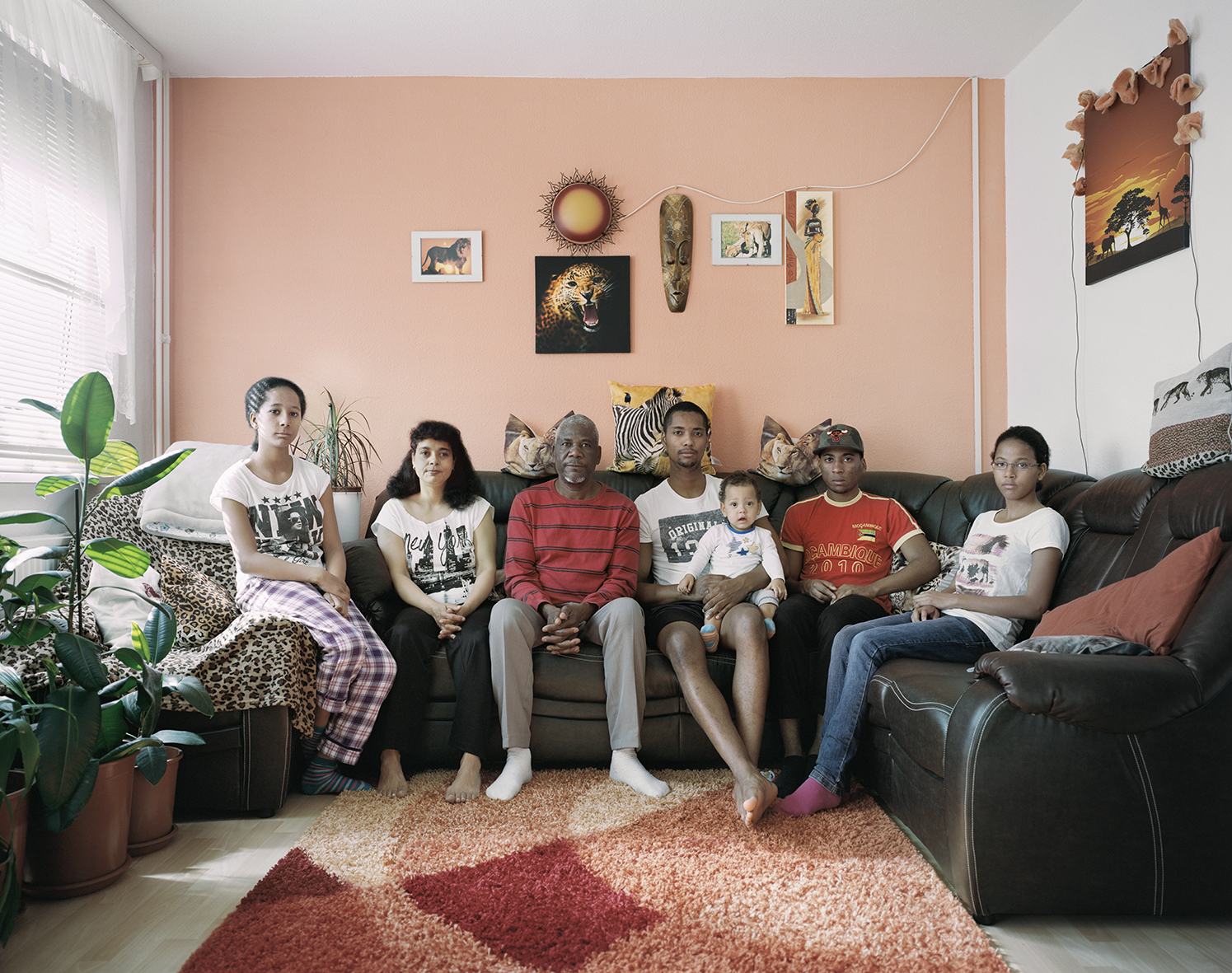 On this link below you will find a photo from Malte Wandel taken in Ghana. An unusual image for an unusual price!